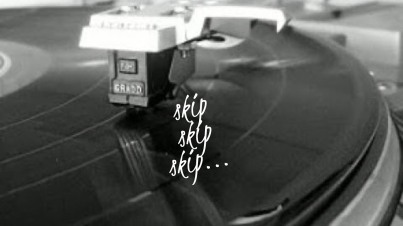 Have you ever graded a stack of papers that felt like a record stuck on the same verse? The kind of stack where each paper looks strikingly similar to the one before and after it and nearly all of them parrot the major themes discussed in class?

Early in my career, this sort of thing was so common that I assumed that student essays as a general rule were mostly plain and uninteresting regurgitations of themes discussed in class. One particularly extreme example that still stands out in my mind came from the first year that I taught The Cather in the Rye. At the end of the unit, I had the students write an essay called “Why Holden?” where they came up with an argument to explain Holden’s extreme behavior. Here are four of the theses from this assignment, written by four of the strongest students in one section:

I bet you can guess the focus of the lesson on the day I handed out the essay.

If deja vu theses, like the ones above, are an issue in your classroom the way that they most definitely were in mine, my recommendation is to start thinking about actively cultivating and teaching the skill of creativity in your classroom. END_OF_DOCUMENT_TOKEN_TO_BE_REPLACED

In many ways our brains are nearly limitless in their capacity. No hard cap exists on memories that can be created or skills that can be gained. But there is one function of our brains that is incredibly limited–our attention.

In fact, our attention is not just limited, it is severely limited in two distinctly different ways. First we cannot truly pay attention to more than one thing at a time. What looks like multitasking is actually rapid switching of attention, which leads to far more errors and loss of efficiency in all tasks being done. Anyone who has seen someone walking down the sidewalk while texting knows exactly what this looks like (see below).

Second, we can only consciously hold onto a small handful of information concerning  whatever our attention is on.  A fierce debate rages in brain research circles over the exact number of pieces of information we can hold onto in a given moment (this is often called working memory). Some researchers say it is four, others seven, and others simply state it’s “complicated.” Whatever number it is, most can agree that it is strikingly small. END_OF_DOCUMENT_TOKEN_TO_BE_REPLACED 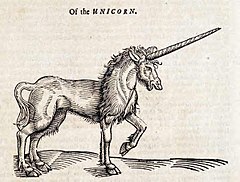 If I was a member of the American Dialect Society, my vote for Word of the Year would be the word unicorn. The word, long monopolized by the six and under, My Little Pony set, has undergone a renaissance and suddenly appeared in the vernacular of almost everyone (student and adult alike) I know with a new meaning: someone or something who/that is the unattainable perfect ideal who/that only exists in the land of make-believe.

When I first heard this word, my first thought went to what has long been the unicorn for me and nearly every English teacher I know: a way to grade a more reasonable amount without sacrificing quality of instruction. What makes this a unicorn is that the logistics of the problem are seemingly insurmountable. I have five sections with an average of 32 students (less than last year!). That makes 160. If I am able to read and assess an essay in ten minutes, which a blistering pace by most standards, it will take me nearly 27 hours to do 160. And that is for just one essay that I assign. When that context is accounted for, the idea of knocking grading down to a reasonable amount starts to look almost as unlikely as bumping into an actual unicorn. END_OF_DOCUMENT_TOKEN_TO_BE_REPLACED