A Practical Guide to Teaching Grammar Outside of Worksheets 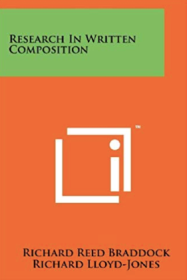 In 1963, Richard Braddock, Richard Lowell-Jones, and Lowell Schoer set out to answer the big questions concerning how to best teach writing. They collaborated with NCTE and poured over every study and paper possible concerning the subject, and the result was Research in Written Composition, which among other breakthroughs made a startling claim: direct teaching of grammar to students generally does not improve writing and in many cases it may actually do active harm.

This result shocked the writing teaching world. It frankly seems nonsensical, and yet it has been confirmed time and again since then–in well over 250 studies–leading to one of the strangest questions in all of teaching: How is it that directly teaching grammar via worksheets, diagraming, and learning of grammatical terms often has a negligible or even negative impact on writing?

Last spring, I wrote a post for Edutopia where I examined this riddle, but the word count was small, so it mainly discussed the broad take-aways. In the last week, after a mention of it in a recent post, I have gotten a flurry of questions from subscribers and readers asking for more specifics, so I thought I would take the post today to welcome you into my classroom by walking you through my thinking and giving you the exact lessons that I used this week to teach those little core pieces of grammar: punctuation. I hope you enjoy, and if you want any more details, let me know! As I often say, we are all in this together!

Part I: The Theoretical Underpinnings

My instruction grammar instruction starts with thinking about why traditional grammar slips through many students’ brains like it was doused with WD-40. There are many theories for this, but the ones that seem the most plausible to me are…

These potential problems are always on my mind when I teach grammar, and they have given rise to a core set of goals that I have when I’m teaching about any mechanic aspects of writing:

While my overall approach to grammar shifts each year according to the students in my class, these core goals never do, and they form the guidelines that I use to draw up every grammar lesson.

(If you are a subscriber and read the Tuesday Check-In, this is largely the same information, though there are more specifics; if you want, you can jump down to semicolons.)

This year, I started my discussion of punctuation with colons and dashes because while they seem exotic, they are the most concrete. Here is what I did:

Semicolons were next because they are still not quite as tough as the comma, which I like to build up to. Here is what I did.

Our weeklong conversation of punctuation ended with commas. Here is what we did:

I’ve been doing grammar in lessons like these for three years and the impact it has had on my class has been nothing short of remarkable. It has not only increased my students’ love of grammar; it has also significantly increased their love of writing in general. A great example of this actually came today when a girl who previously has resisted doing serious revision waived me over and said with no prompting: “This is sort of a weird thing to say. But I think I kind of like grammar now.” She then smiled and went back to her work, and when I went back to my desk I looked at her revision history for the paper she was working on and this is what I saw:

I’m not sure I’ve ever seen her hit the backspace key before, and yet here she was in a sea of green revisions, wading deeper and deeper into those waters with each keystroke!

If you would like practical writing instruction articles like this to come directly to you every week, join my mailing list! As a thank you, you will also receive a copy of my free ebook A Game of Inches: Making the most of your feedback to student writing and deals on my upcoming book from Corwin Literacy on best practices in writing instruction.